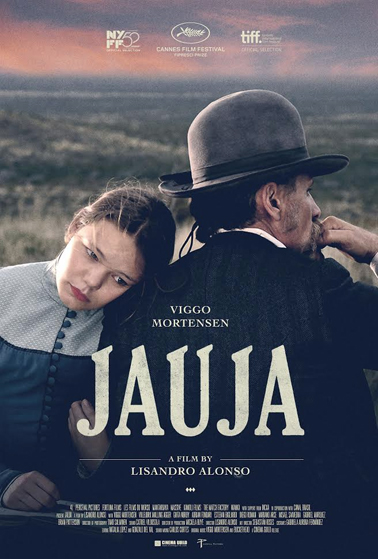 An astonishingly beautiful and gripping Western starring Viggo Mortensen, JAUJA (pronounced how-ha) begins in a remote outpost in Patagonia during the late 1800s.

Captain Gunnar Dinesen has come from abroad with his fifteen year-old daughter to take an engineering job with the Argentine army. Being the only female in the area, Ingeborg creates quite a stir among the men. She falls in love with a young soldier, and one night they run away together. When Dinesen realizes what has happened, he decides to venture into enemy territory, against his men’s wishes, to find the young couple.

Featuring a superb performance from Mortensen, JAUJA (the name suggests a fabled city of riches sought by European explorers) is the story of a man’s desperate search for his daughter, a solitary quest that takes him to a place beyond time, where the past vanishes and the future has no meaning.